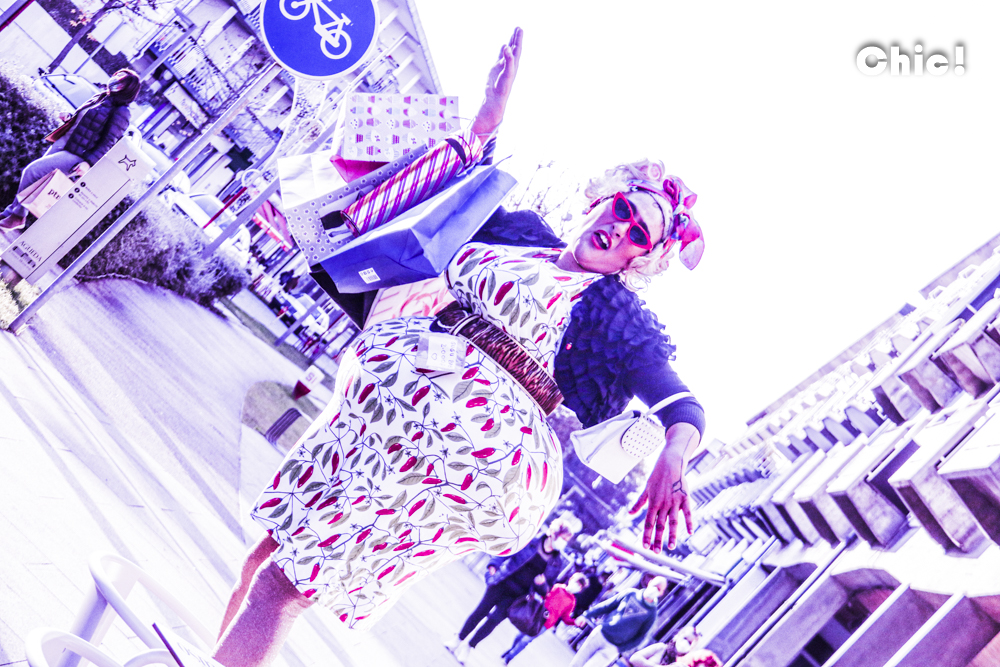 Chic! It's a comic
street animation

An itinerant spectacle whose central character Severina Marileine, a lady with aspect and very special habits, comes to provoke good laughs. Accompanied by music from the 90s and a contagious energy Marileine interacts through various comedy sketches with street audiences on Marileine’s obsession with the mall.

Using a comic language, almost absurd actress and clown Eva Ribeiro invades the streets, leaving no one indifferent to their passage!

Created in 2014 Chic! It has already been presented in several city centers and festivals, among which stand out Caldas Animas, in Caldas da Rainha (2014) Circool, in Ovar (2015) and Baixa Street Fest, in Faro (2016). 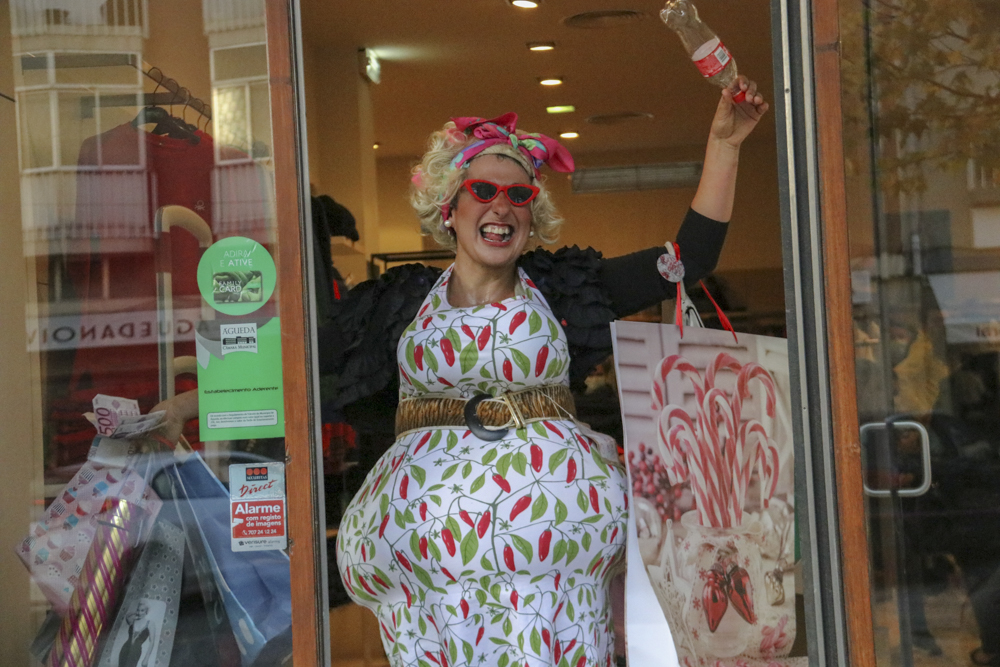